Moscow, The Chekhov Moscow Art Theatre
Five letters that make up the name of the performance and the play of the same name by Viktor Gusev (1935) became the starting point for organising the stage space. This word is an image, a sculpture, a sound and an object, a space for personal associations and interpretations. Based on the idea of ​​canonization of the character by carving their image in stone, we carved the word SLAVA (GLORY), making it a full participant in the action. The letters, the scale of which dominates the figures of the characters, form, together with a modest set of scenery, a single sculptural space, which becomes the background for successive scenes of the play. 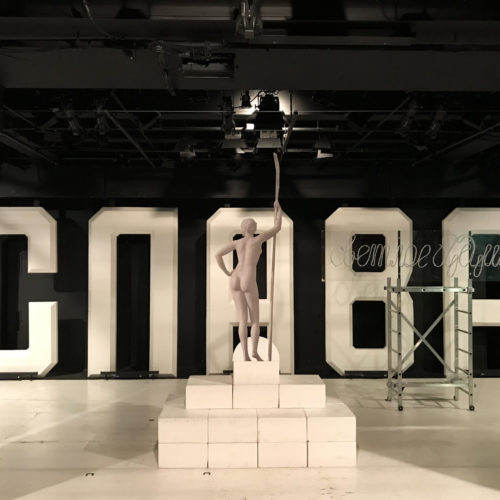 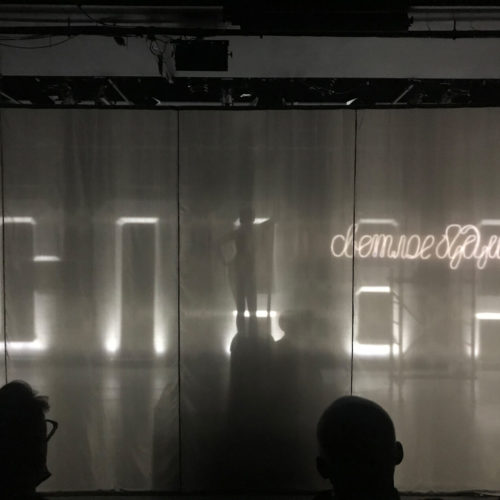 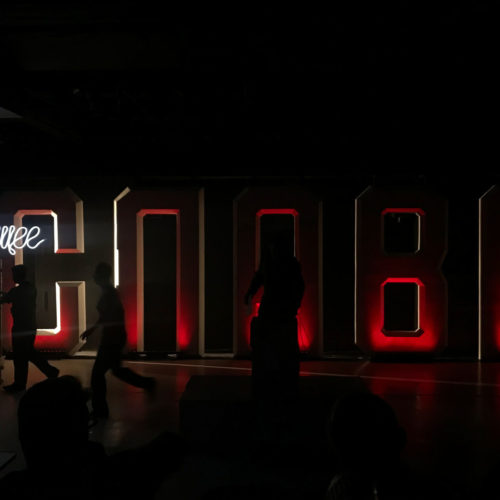 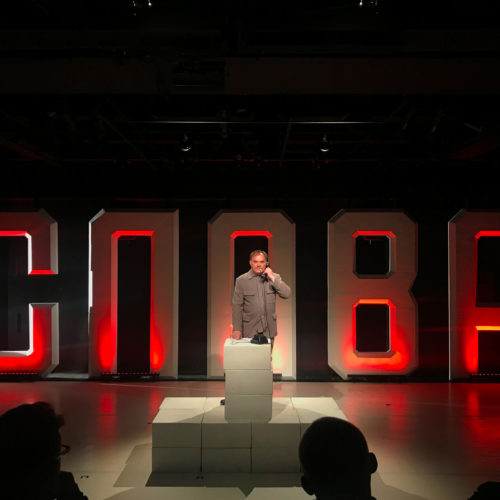 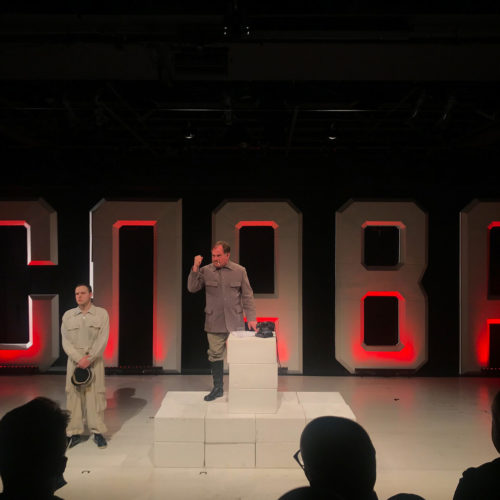 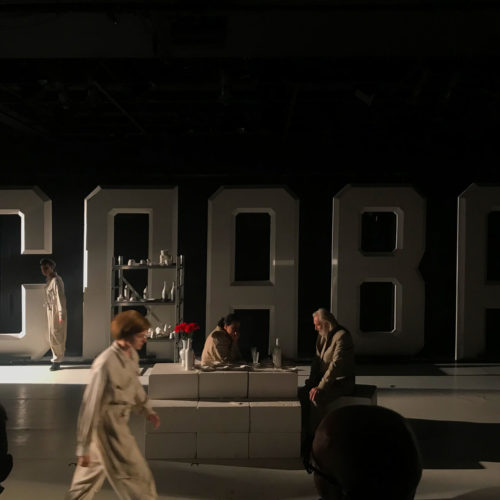 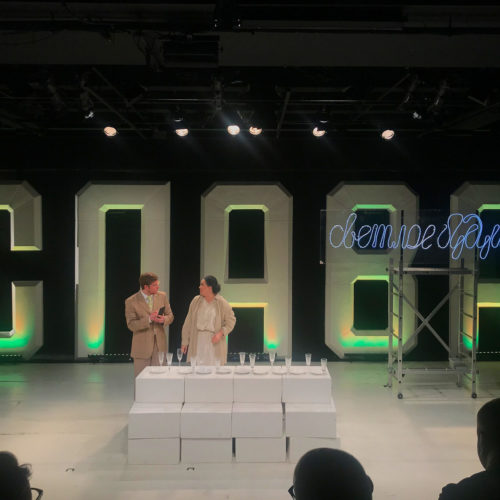 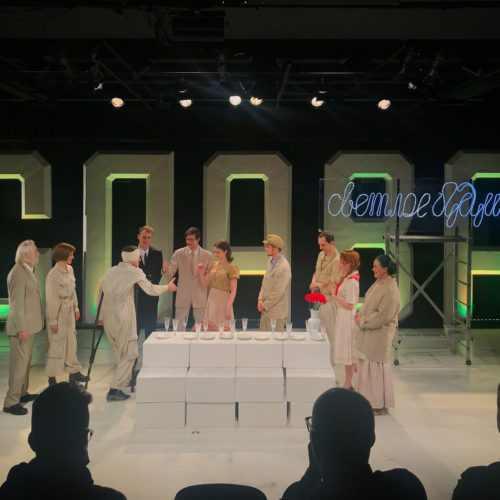 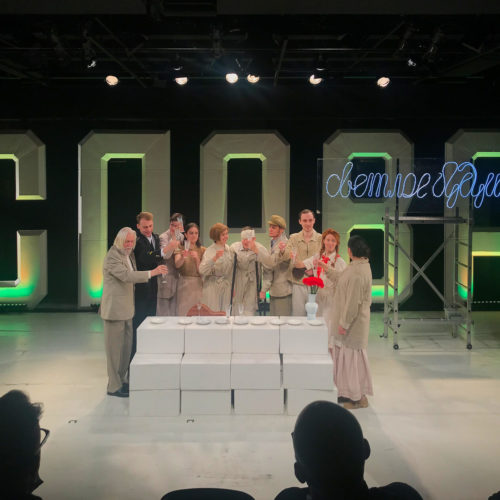 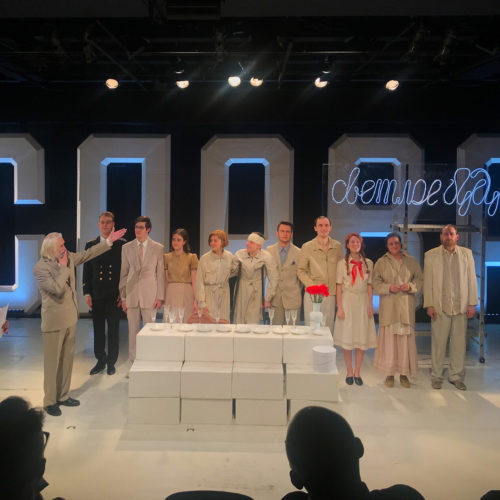 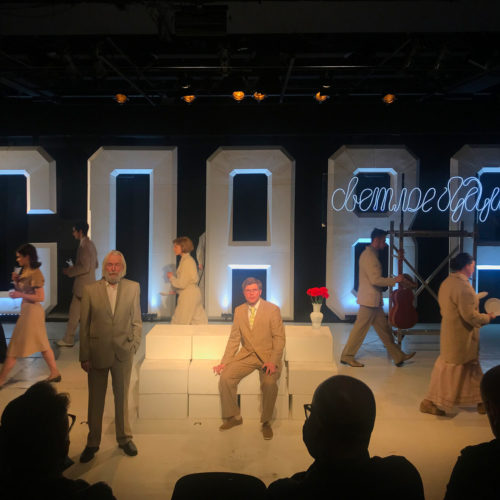 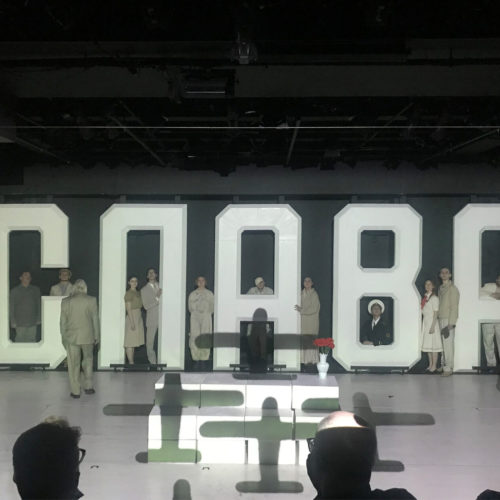 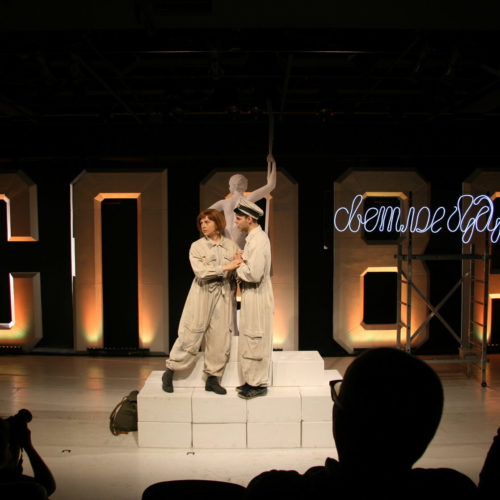 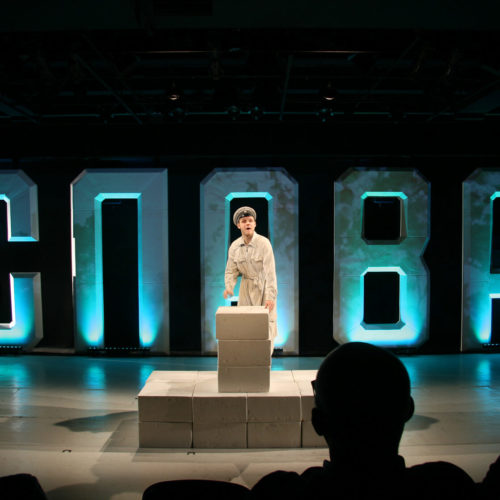 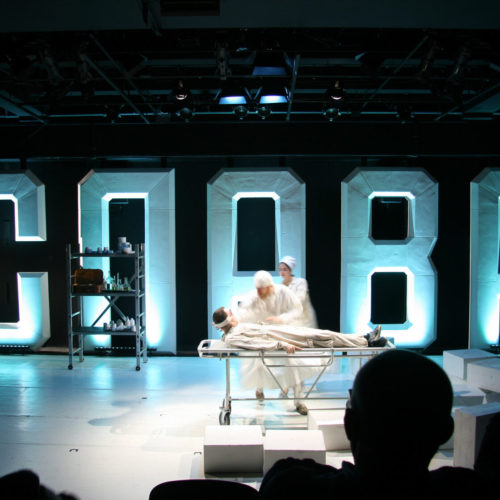 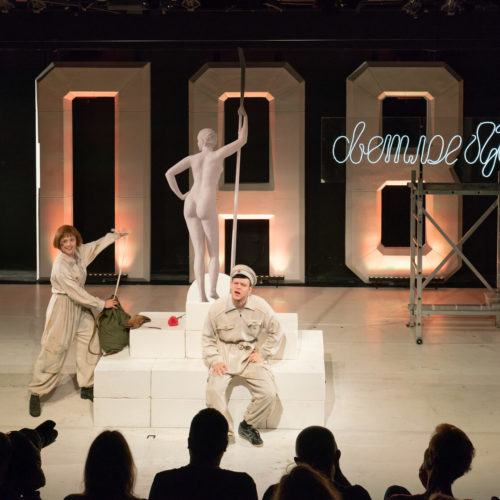 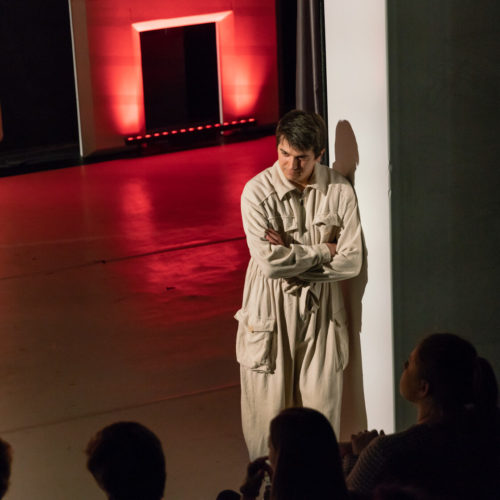 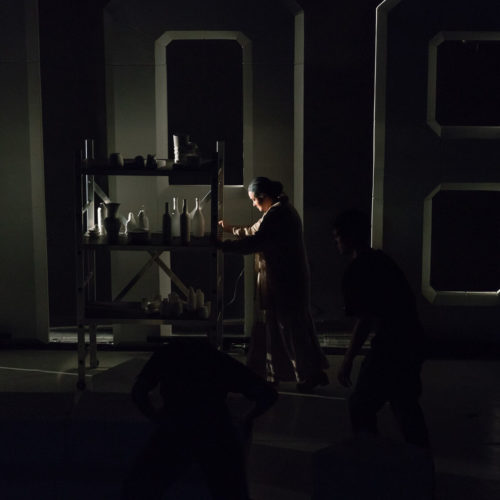 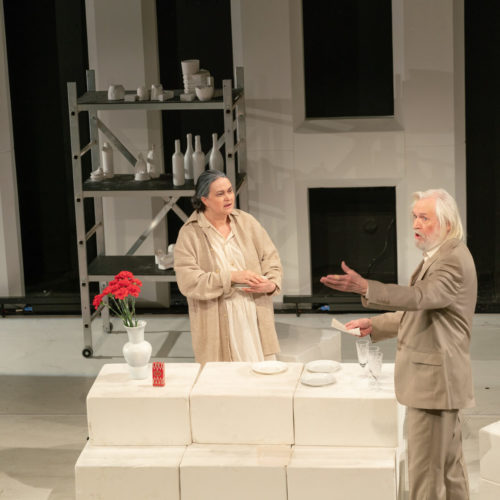 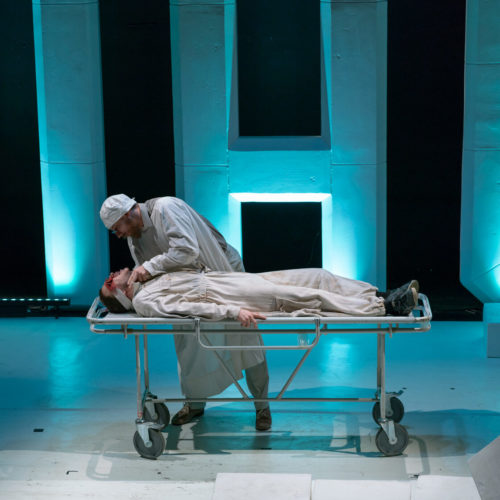 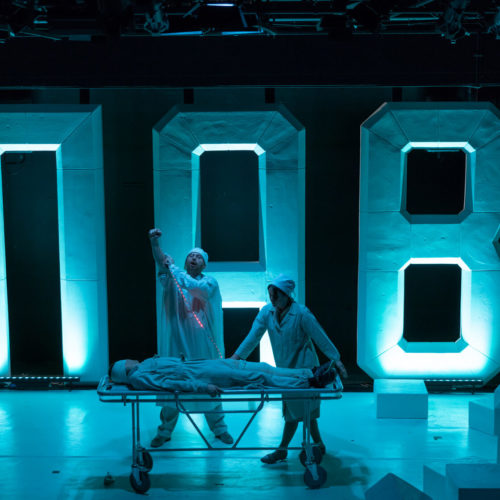 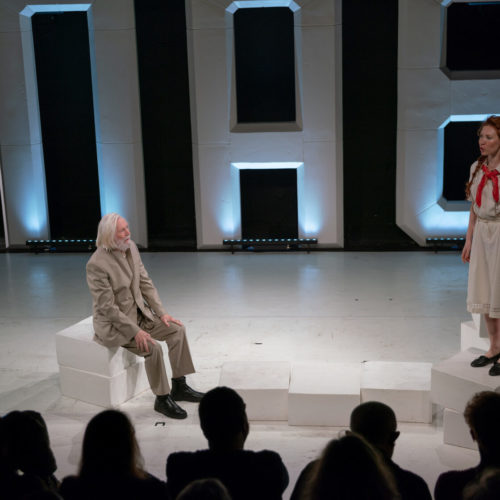 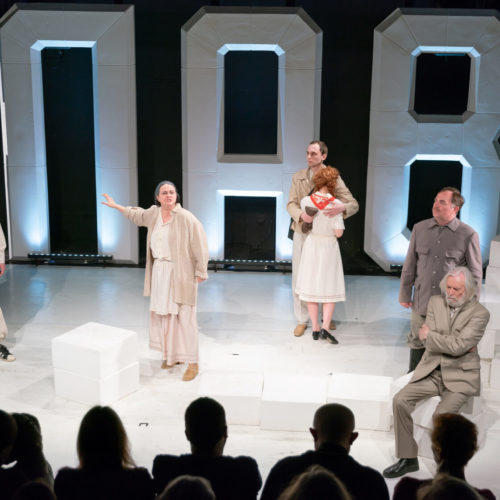 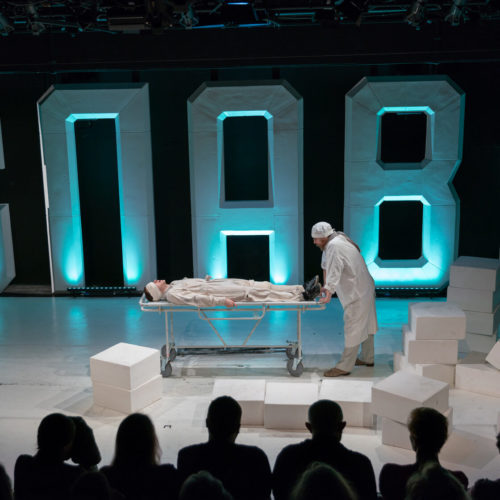 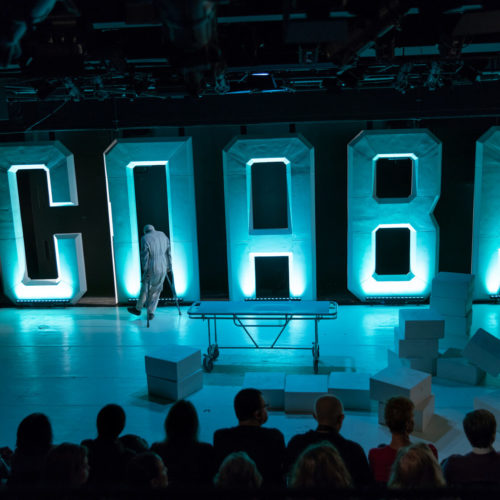 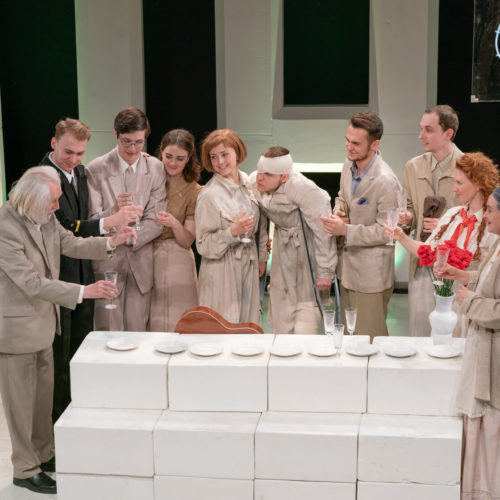 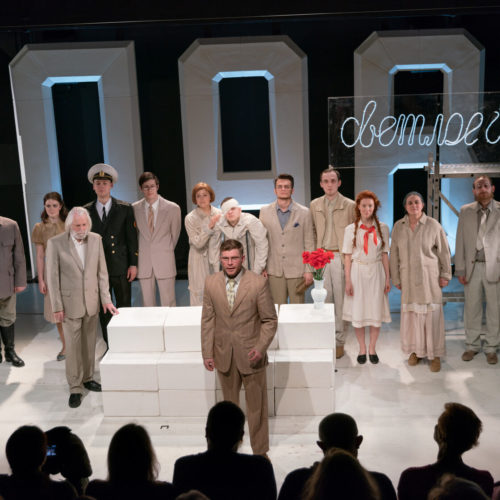 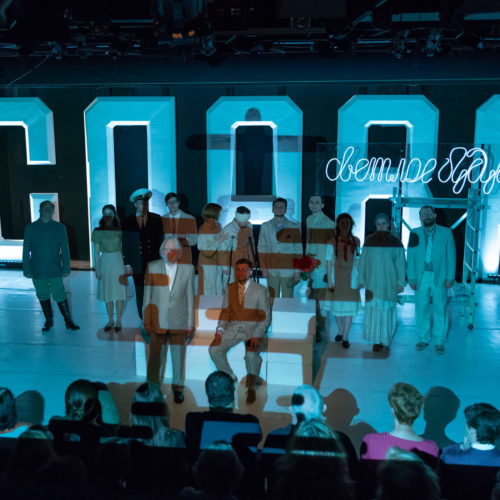 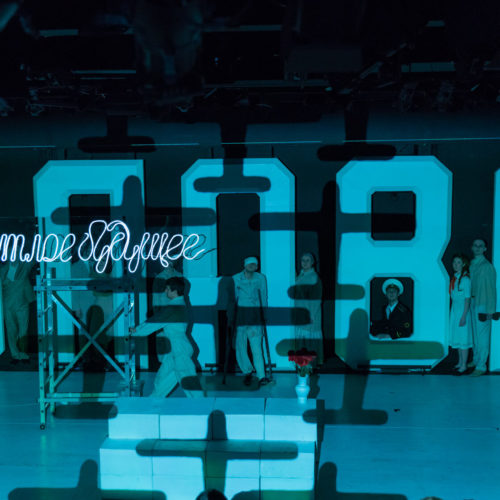 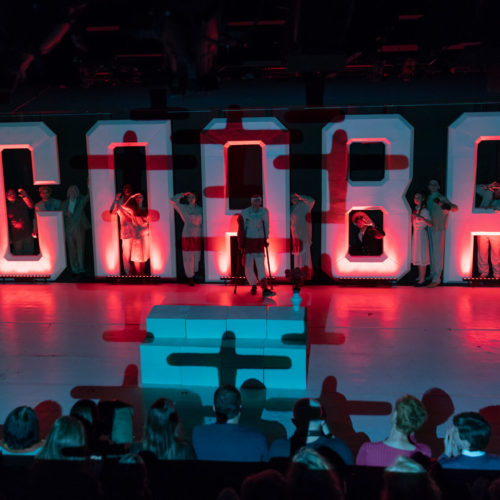