Kaluga Region, Village Zvizzhi. Archstoyanie 2015
The tower is an entrance sign, a museum, a pillar, indicating a point on the line of encounter of the space of nature and the space inhabited by the man. Growing out of the ploughed red soil of the potato field, the volume has always been here, it belongs to this area. A composition of simple forms, a foundation and a column cap, can be a reminder of an old water tower or a prototype of an old Russian order, a chance, a mirage. A simple wooden door opens up to an expanding sacred space of the tower's interior, lit with overhead light. Collected from abandoned villages, ancient objects of agricultural labour soar, carried away by this light, keeping the touches and stories of the people they once belonged to. 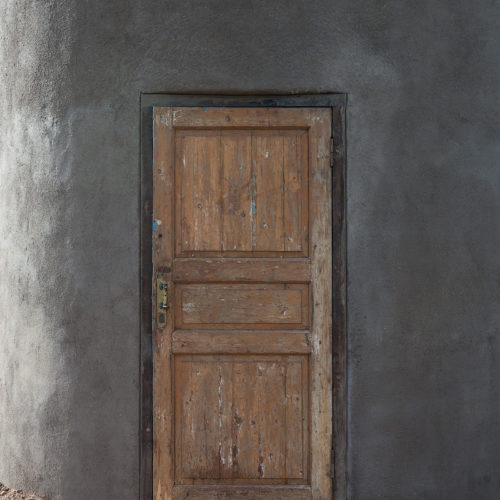 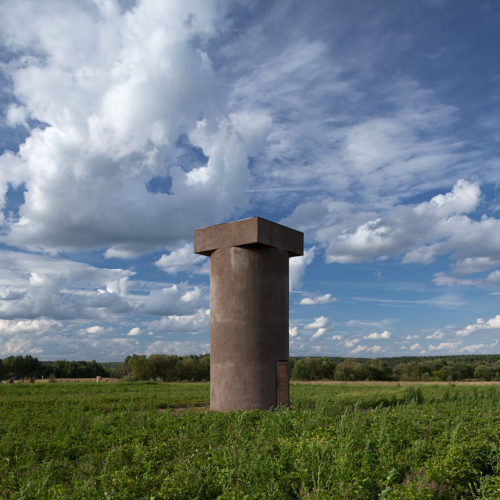 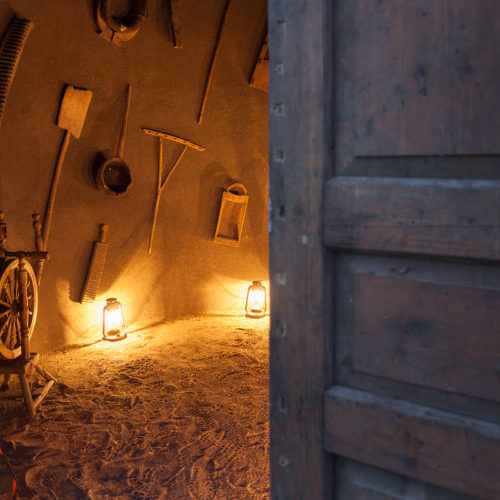 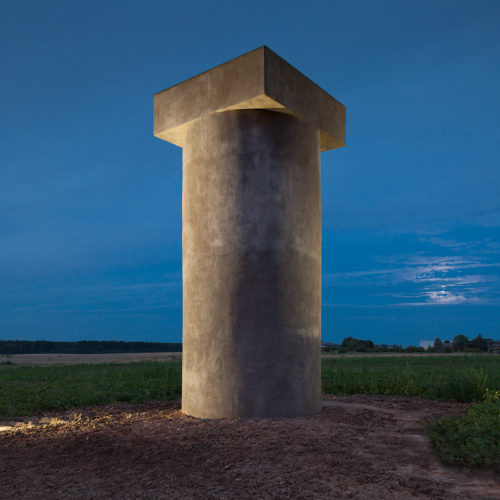 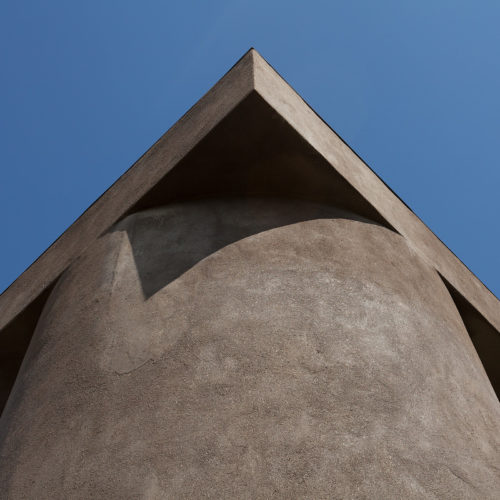 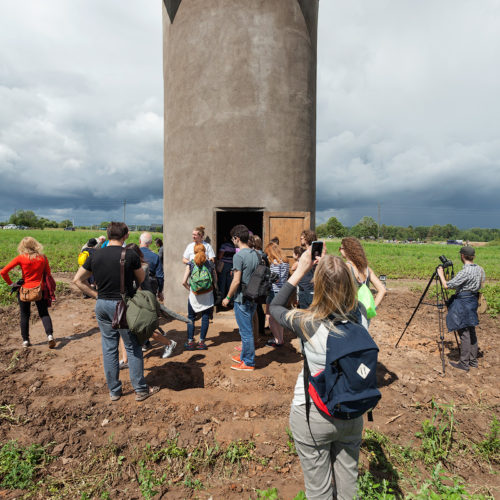