Istra, Museum and Exhibition Complex New Jerusalem
Special Storeroom presents real relics from the funds of the New Jerusalem Museum: objects of decorative and applied art made of precious metals of the 16th-20th centuries; artefacts of Russian facial and ornamental sewing of the 16th-17th centuries, church items made by masters of the Silver and Gold Chambers of the Moscow Kremlin of the 17th century, works of Russian masters of enamel and silver.

The Special Storeroom collection is based on objects from the sacristy of the New Jerusalem Resurrection Monastery, where the museum was located from 1920 to 2013. The museum’s collections of facial and ornamental sewing and of items made of precious metals were formed in the 1920s-1930s. It was supplemented and significantly increased by artistically important objects from closed monasteries and churches, as well as from museums that were closed in the 1930s. 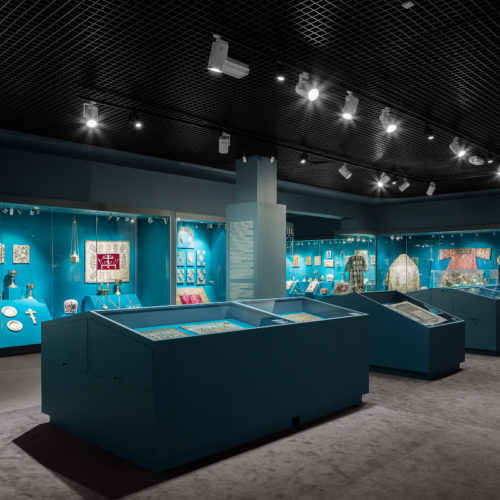 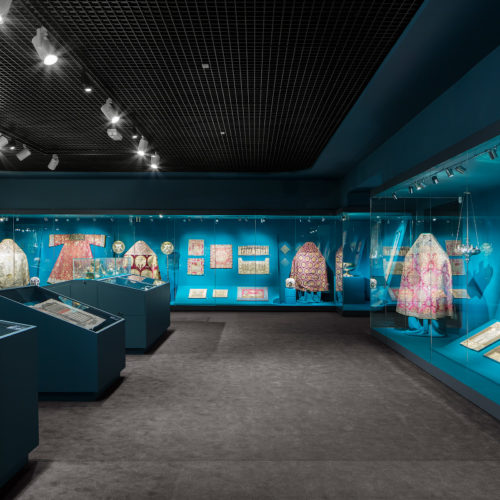 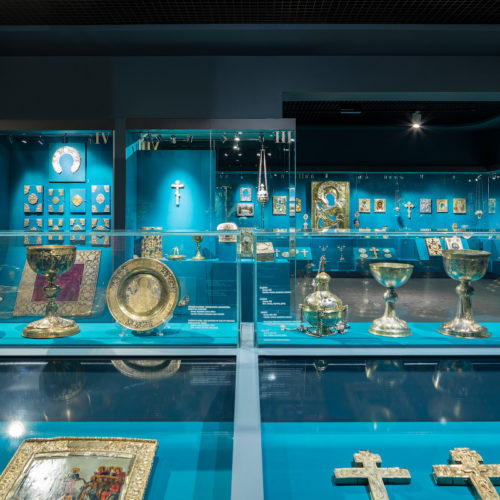 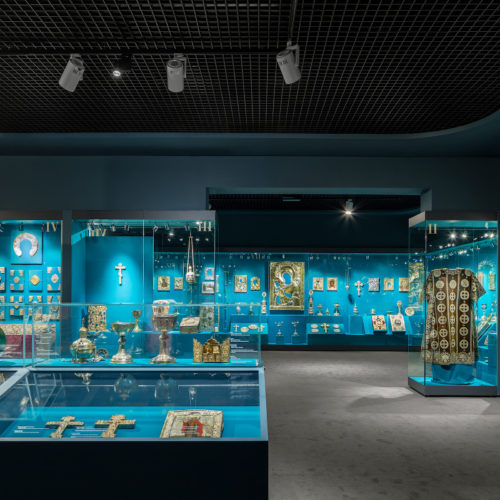 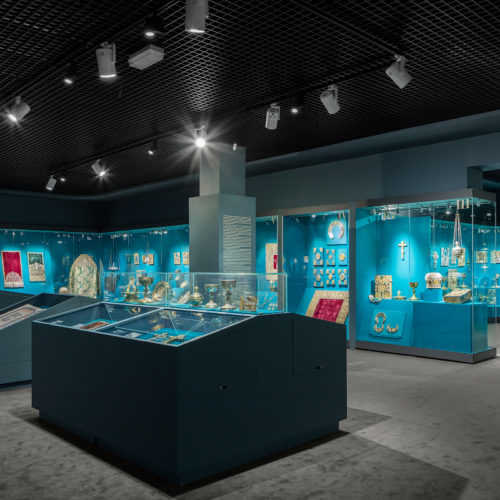 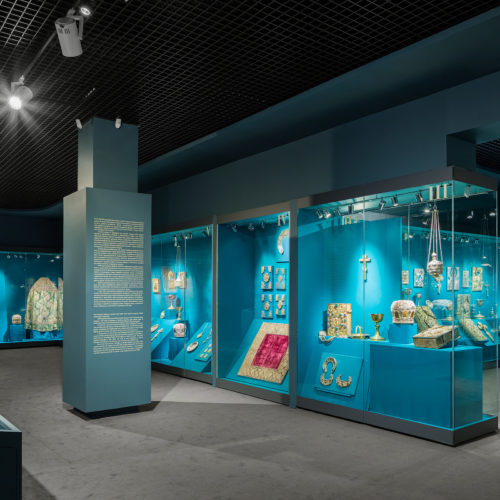 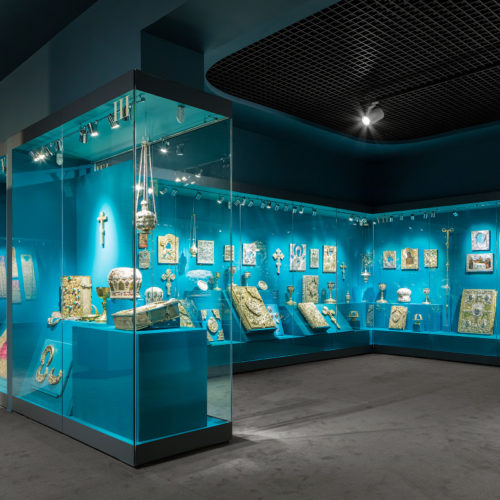 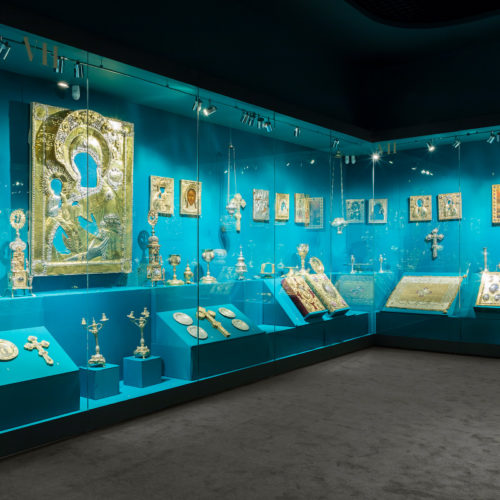 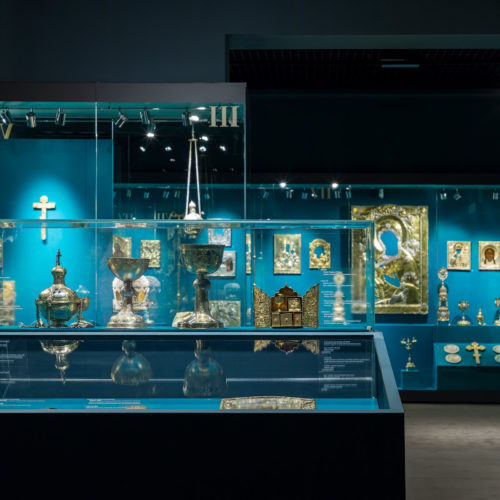 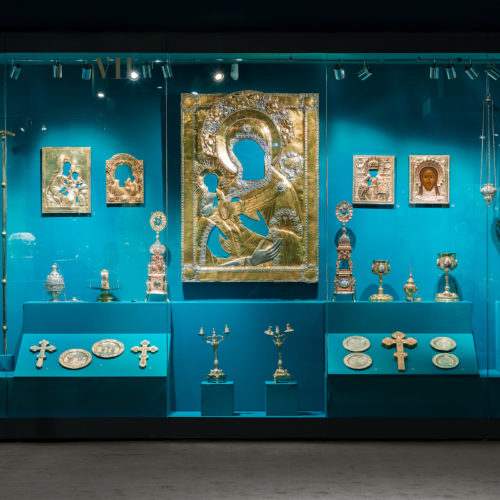 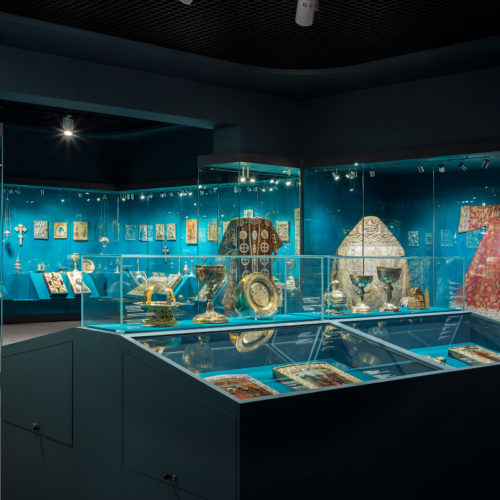 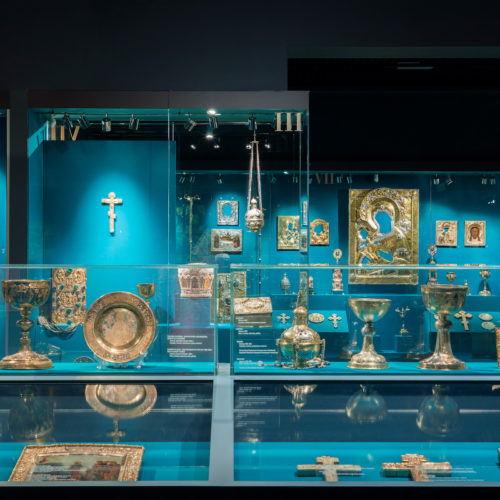 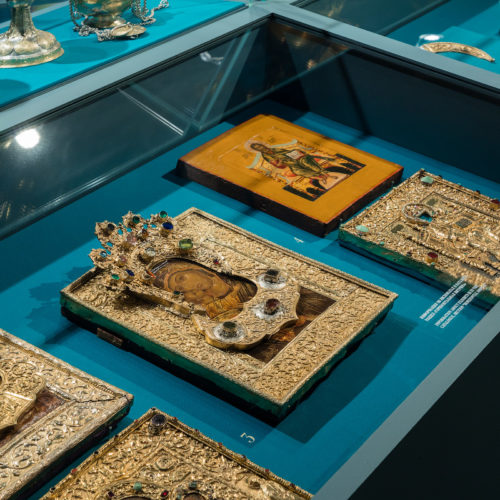 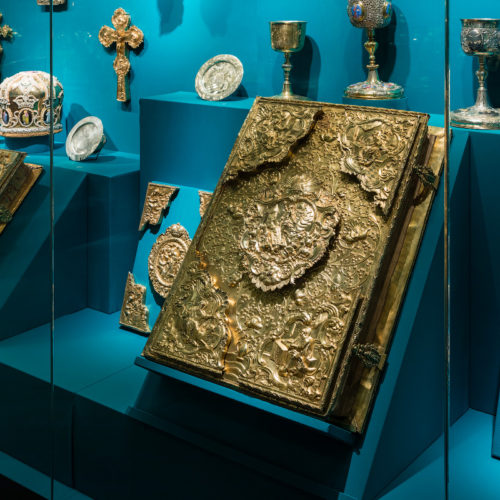 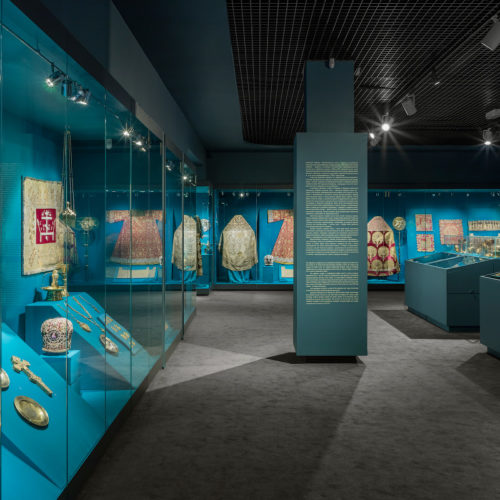